How to secure the future of nuclear

As part of our "Unlocking the future of nuclear" campaign, we recently carried out a survey amongst engineers in both nuclear and other sectors, in order to prompt further discussion around the reported skills gap. We wanted to understand more about what it would take for those in nuclear jobs to move sector, relocate overseas or work past retirement age – all important factors and potential solutions to tackling skills shortages in nuclear, and other engineering sectors. We've put all this information together in our report 'The truth about the Future of Nuclear'. Here’s a short summary of just some of our findings:

A massive 79% of the nuclear engineers questioned said they’d work past the age of 65 to help combat skills shortages. Despite this, only a small percentage of those surveyed were within the 65-74 year age bracket, prompting us to question whether employers are taking full advantage of this trend.

In non-nuclear sectors, over half of respondents based in the UK would entertain pushing the retirement boundaries, as would 67% of their international counterparts, suggesting there’s a considerable pool of talented expertise to tap into, who could be persuaded to stay on.

An overwhelming 95% of UK nuclear engineers cited a salary increase as the top incentive to keep them working in the sector. UK engineers from sectors other than nuclear also stated that pay was their prime motivation for changing sector.
Interestingly, though, responses from nuclear employers indicated that companies are reluctant to pay higher salaries for permanent staff in particular.

Interested in knowing more about UK nuclear salaries? Don't miss our Nuclear Salary Survey to make sure you're up-to-date with current market rates.

91% of survey respondents from outside of the UK cited that Great Britain is their top choice if they were to relocate for nuclear work. It would appear that the UK is seen as a highly desirable location to work, and the top motivation to work overseas would be finding nuclear engineering jobs on a high profile project.

Employer responses didn’t include bringing talent from abroad as one of the ways they attracted employees to their organisation.

Want to know more about what our survey revealed? Download the full report by clicking on the banner below! 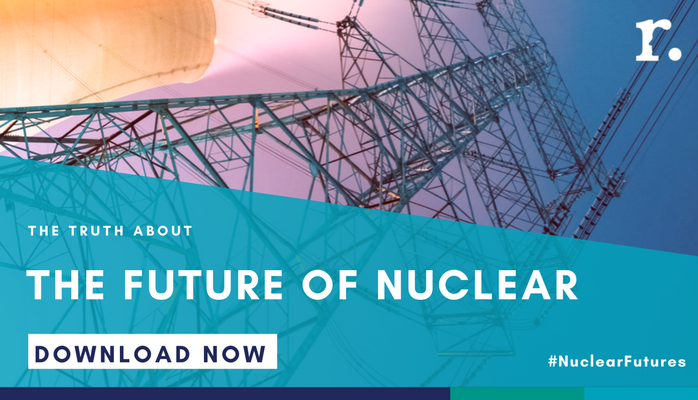 The nuclear industry is booming! We’re busy placing hundreds of contractors onto high profile projects such as Hinkley Point C and Sellafield, so we understand the challenges associated with this growing sector.

How will Brexit affect the nuclear industry?